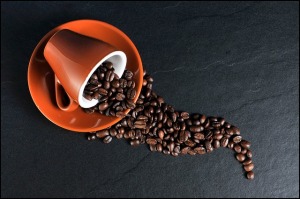 organisational networking and understanding by simply going for a cup of coffee.  Liz explains the origins of the ‘Randomised Coffee Trial’ and her experiences of implementing a trial over on the Health Education NW blog.

Participants found it useful to support links between departments, build internal relationships, improve communication and staff engagement within the organisation.

The blog post also provides some useful reflections for the future rounds and some useful follow up reading.

No longer lost in translation

This is a story by Outi Pickering from Oxford Health NHS Foundation Trust. 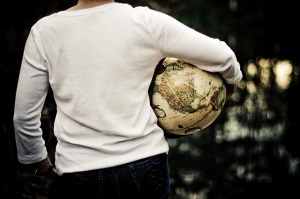 library user is doing a review which must include other languages. Oxford being very international, our users often have colleagues who can help with some of the languages – but not always, and this is where the library has been able to help. I’m a native speaker of Finnish; in addition, I can call myself fluent in Swedish and Italian and competent in German. As these languages are related to others which may be called for (Dutch, Spanish, Danish come to mind), I’ve been able to decipher a number of different languages sufficiently to say whether for instance the article is about inpatients only, whether there was co-morbidity, etc. The agreement is that if I can provide the information within half an hour, it’s a value added service given by the library, but if more time is needed – particularly if a proper translation is needed – I put my freelance translator’s hat on and do the work in my spare time and the user pays for it. Outcome: satisfied users who spread the word that the library is a useful place! We’re not planning to take this any further though since the service depends on one individual (though there could be others, depending on who we employ!), and we don’t advertise it as part of our official “menu”.

On another similar theme, a Greek junior doctor asked if I knew of anyone who could help her with her English. She didn’t want a language school but an individual who could help her get the feel of the language at a deeper level, and besides, due to her work she couldn’t commit herself to a course. I said I know one – my husband! He is a retired university lecturer (English language, specialising in linguistics) and needs to feel useful and have contacts outside the home. They reached an agreement, and both parties were delighted. In addition to the lessons at our house which my husband provided, we often went out all three together, and were introduced to the doctor’s friends when they visited! She has now moved away from Oxford, but we’re still in touch with her occasionally.

Find out more about how to tell and use stories using the following web sites:

Brophy, P (2004) Narrative-based Librarianship This is a pre-publication version of a paper published in The area of information and social communication: Festschrift for Professor Wanda Pindlova. (Studies in Library and Information Science Vol. 10) Krakow: Jagiellonian University Press, 2004. pp. 188-195.

HBR Blog Network (2014) The irresistible power of storytelling as a strategic business tool Available at:  http://blogs.hbr.org/2014/03/the-irresistible-power-of-storytelling-as-a-strategic-business-tool/

Susan Smith from Mid Cheshire Hospitals NHS Foundation Trust talks about how her service had a direct impact on improving patient care by putting people in touch with each other.

The library offers volunteers full membership of its services and the library is currently working with the group to develop a storytelling service on the wards. One day the volunteer manager, brought down one of the volunteers to join the library. She told me a tale of a patient with dementia she was assigned to and how communicating some of the most basic needs could be challenging. Later that day we had a visit from one of our regular Speech and Language Therapists (SLT) about the issue and she offered to provide picture boards to volunteers and family so patients could communicate if they wanted tea or coffee etc. This information was communicated to the volunteer’s manager who is now aware of the service and can direct volunteers if they have similar needs in the future.

Susan Smith from Mid Cheshire Hospitals NHS Foundation Trust highlights how sharing her experiences from a conference with non-library colleagues helped her to make connections and raise the library profile. 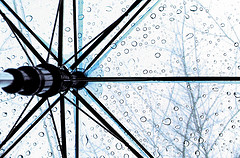 In February 2013, I attended the CILIP Umbrella Conference in Manchester.  Normally when I attend a conference I write up little articles on each talk and share around the library staff.  This time I spread the word to targeted colleagues within the Trust e.g. social media to the communications team, talk from the Information Commission to Integrated Governance and e-learning to Post Graduate, Practice Education Facilitators and Learning & Development.

In response to the shared learning, I received the usual thank you and some follow up questioning.  Integrated Governance however took it a stage further and asked me to present and discuss my views on the presentation with their Information Governance team.  At that point we weren’t embedded in the organisation and it helped provide an introduction to key people in the team and improve relations with them.  The actual project planned from the initial discussion fell through, but it still has improved library standing within the organisation.